“What The Health” – A Fitness and Food Blogger’s thoughts

The Netflix documentary that has everyone talking at the moment – “What the Health” – is causing quite a stir, and not necessarily all for good reason. I watched it at the start of summer, about 6 weeks ago and have definitely made some changes in my life because of it. 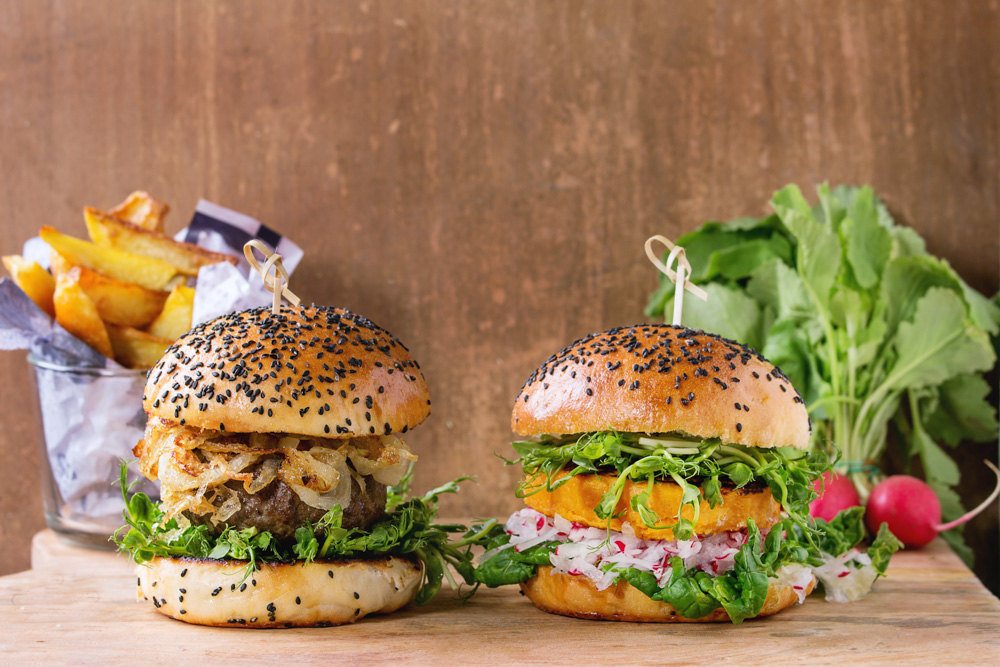 I thought I’d share with you my frank thoughts on the documentary and why I’ve chosen to adopt some practices they have, and also haven’t advocated. I know a lot of people are feeling that they simply don’t know what or who to listen to anymore in terms of right and wrong in nutrition, so let me take this opportunity to say the following;

First and foremost, I’m in the same boat as you in many respects in terms of seeking out the ‘best’ way forward. However, I’m doing my due diligence to work out what I personally believe is best for my body and health. I always take into account what people have to say but make up my own mind on a subject, which brings me onto my second point …

I am not a qualified nutritionist (although even if I was, I’d still feel comfortable clarifying this with today’s spread of qualifications) and therefore I’m simply expressing my personal views about what I feel is the right way to eat. I am by no means degrading others who walk different paths, and infact, I invite your comments as we can all potentially learn something … I am simply outlining what I go by.

SO, without further ado, here goes!

What is ‘What the Health” about?

It is a short film advocating being vegan, and associates many of our health problems and diseases with the consumption of animal products. It talks about a somewhat corrupt industry between food organisations and health groups and highlights some worrying agriculture and farming practices.

A few things to raise

The documentary has been slammed by numerous people, predominately because they’ve claimed it’s incredibly biased in both the information it shares and the people who feature in it, most of whom are supposedly vegan themselves. Percentages on health risks and effects of eating meat are frequently taken out of context and / or exaggerated. These are often the bite-sized pieces of information that we take home and scare us into cutting out whole food groups. Claims such as “Eating one egg a day is as bad as smoking five cigarettes a day” seem like total rubbish and represents fear-mongering at it’s finest. Put simply, it is pretty far from an even-sided review of our current world-wide health problems and their causes – and for that, I do share some of the same feelings as those wholly against the documentary.

On the flip side, Veganism is something I know far less about so whilst one certainly does have to watch themselves in getting sucked into everything the documentary throws at you, it did without a doubt open up my eyes to at least the potential risks of eating animal products, especially ones that come from the poorest of sources.

Sugar. This was probably the biggest question mark for me in “What The Health”. On a few occasions the professionals more than strongly suggest that sugar is not nearly as much of the demon as has recently come to light; and when you compare the effects of sugar to animal protein and products, to say it was elevated to healthy level would be an overstatement, but I can’t say it was a million miles off!

Given all the research that has come out about sugar, in particular association with diabetes, and most importantly – the effect I’ve found it to have on my personal health and fat gain / loss; I really do struggle with the suggestion that sugar is not strongly related to prevailing diseases today and that the sole (main) cause is in fact animal protein. I would actually say it was a rather careless and potentially damaging account of sugars role in our current health problems.

“It also talks about foods such as eggs (quoted above) and in particular their yolk; being a ‘disaster’ for high cholesterol levels and heart disease. I’m not sure about anyone else but I have eaten eggs for countless years, 3+ times per week and my LDL (Low-density lipoprotein cholesterol, aka, the ‘bad’ stuff) is incredibly low whilst my HDL (High-density lipoprotein cholesterol, aka, the “good” cholesterol) is high. I’m obviously not suggesting for one second that my good cholesterol levels are down to the fact I eat eggs – It just worries me that people could potentially watch the documentary and be scared off egg yolks for life because of what one doctor said. It’s about moderation and picking better choices. I don’t choose to eat bacon with all its fat and processed glory once a week for example – or rather incredibly rarely to be honest but eggs? Yes, sir.

As mentioned above, the film drew some really interesting (and rather worrying) connections about unethical relationships between food manufacturers and health organisations. Food manufacturers that are creating the very products we should be advising people to eat significantly less of, or avoid as a whole, are some of the main sponsors for the American Diabetes Association and others alike. I don’t know how much this has developed since the documentary was broadcast but it’s something that certainly needs to be addressed if it is as it says in the programme.

I’m going to summarise with this positive, because I feel like it’s the most important one for me personally after watching “What The Health”.

Despite it quite plainly being a biased documentary – I still really appreciated it.

Because quite frankly, it opened up my eyes to both the moral side of consuming animal protein and the health benefits of leading a more plant based diet … Note, I didn’t say the ‘serious health risks associated with eating meat’. I don’t think the documentary was all-rounded enough to trust 100% of the facts and figures thrown at me, (that’s for my own research another time), but I do feel like it certainly made me aware of some of the potential risks, and rather obvious benefits of eating more plants and less meat day to day!

Have I changed my diet since “What The Health”.

With a rather copious amount of uncertainty surrounding the topics mentioned above, and definitely the moral and planet-wide issues we have in this day and age … I feel eating less meat and more vegetables can only be beneficial for my health and our world.

I will eat meat again, at some point I’m sure, but it will be a far rarer occasion than what it was. Most importantly, I will pay MUCH more attention to where that meat comes from, how it was treated and what the animals’ life was like before hand. Some vegans may suggest that’s hypocritical, to say that I’m making an effort to care more the animal’s wellbeing and our planet, yet I will still choose to eat meat on occasion.

I believe I am doing my part, doing what I can, and making an informed effort to do better than I have done before. Health wise, I have always eaten organic, since a child in fact, but I know there is a bigger picture to that. I also really, truly believe in moderation and balance. If I said no to ever consuming meat, fish, diary or any other animal products – my personal enjoyment in food, in cooking, in socialising and no exaggeration, in life –  I believe would be diminished to some degree. I’m not prepared, nor do I think there is enough supporting evidence to suggest that all of the above are ‘catastrophic’ for our wellbeing.

I believe there are inevitable benefits to cutting down our meat consumption and increasing our vegetable dependancy, so that’s what I’ve chosen and that’s the promise I have made to myself…

To follow much more of a plant-based lifestyle, with a focus on significantly decreasing my red and white meat intake and really importantly, to be much more concerned for the wellbeing of our animals and this planet that we call home. I believe there is a balance to be achieved, and a happy one at that!

Thank you for taking the time to read this post. I hope I’ve clearly and fairly written down my thoughts on a documentary, that whilst is far from perfect or unbiased, is one that I feel has made somewhat of a positive impact on my thinking.

Have you watched the film yourself? What were your thoughts? Has it made an impact on your diet?

I know a lot of people have really strong feelings towards it, both negative and positive so please do share them below!

By Carly Neave, August 18, 2017 Hello and welcome! I'm Carly, originally from London but currently enjoying a little adventure in Dubai. A travel and wellness blogger exploring the world one step at a time. Think fabulous food at undiscovered gems, unique destinations, skin care obsessions and so much more. This is my life, I hope you enjoy the ride!
Leave a Reply Cancel reply
9 Comments