It’s not often I start off a restaurant review talking about the atmosphere and experience I had before the food itself.

However, it’s also not often that a newcomer to Dubai manages to create one worth mentioning. Peyote, is a different story.

A new modern Mexican restaurant has come to join the more upscale side of Dubai’s culinary scene, in the heart of DIFC. Neighbours to the likes of Zuma and LPM, you might think luring a strong crowd would be a tough feat for the newbie but Peyote is going remarkably strong, and admittedly served up one of the very best social evenings I’ve had in Dubai. Strongly lead by their infectious and buzzing atmosphere (one that perfectly matches their sharing-style menu concept), it’s safe to say I’m welcoming Peyote with open arms. 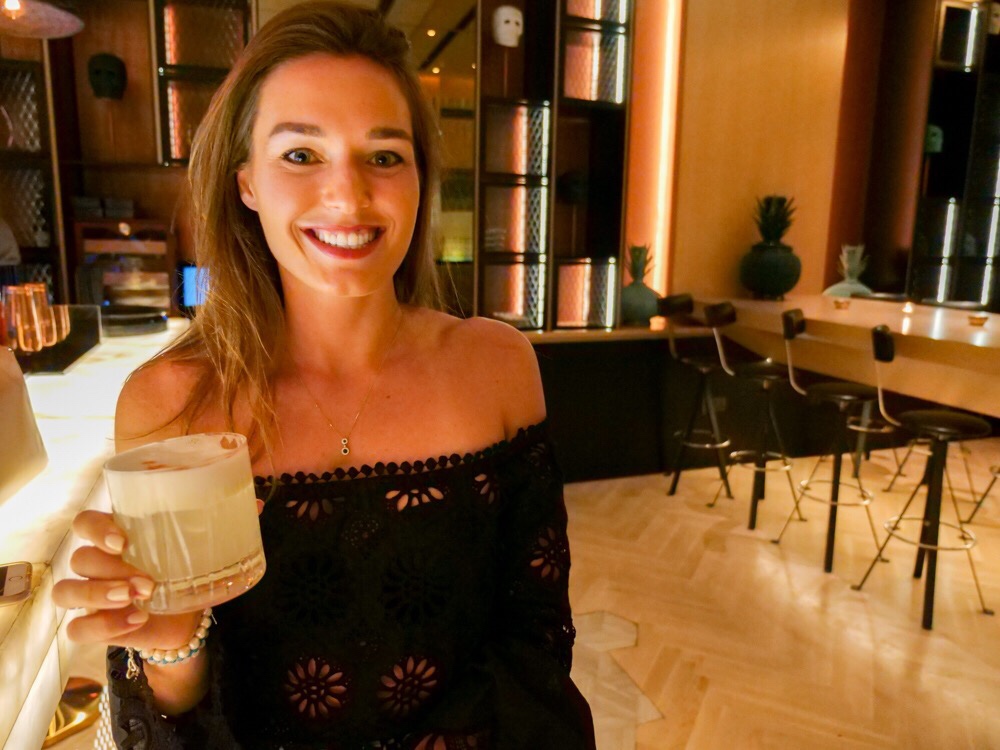 Peyote is named after the native cactus of the Chihuahuan Desert and not only did I manage to brush up on my Mexican tongue, but also managed to try their much talked-about cactus dish; a first for me!

Starting with a round of cocktails, it was refreshing to see such a unique drinks menu accompanied by an equally knowledgable bartender, Tony, who entertained all my questions about the ‘smokey tequila’ alcohol – Mezcal. I had read about it earlier this week and admittedly much prefer the taste to tequila; it has a rich smokiness to it coming from the meaning “oven-cooked agave”. Tony kindly created my favourite drink with it, coming up with a “Mezcal Sour” whilst J opted for the NegroPe signature – a definite upgrade on the classic. Both were delicious! 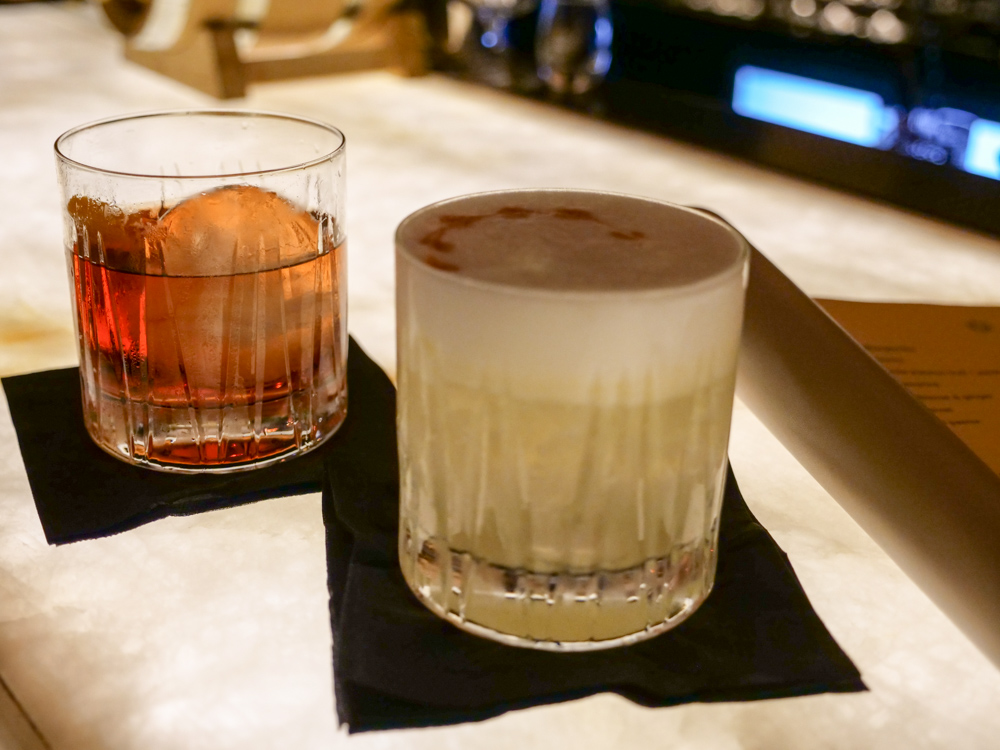 We arrived relatively early so had the lounge area to ourselves. An hour later (around 8.45pm) and the place was full of atmosphere and happy diners. Until that time, we sipped our cocktails and enjoyed the peaceful start to the evening! 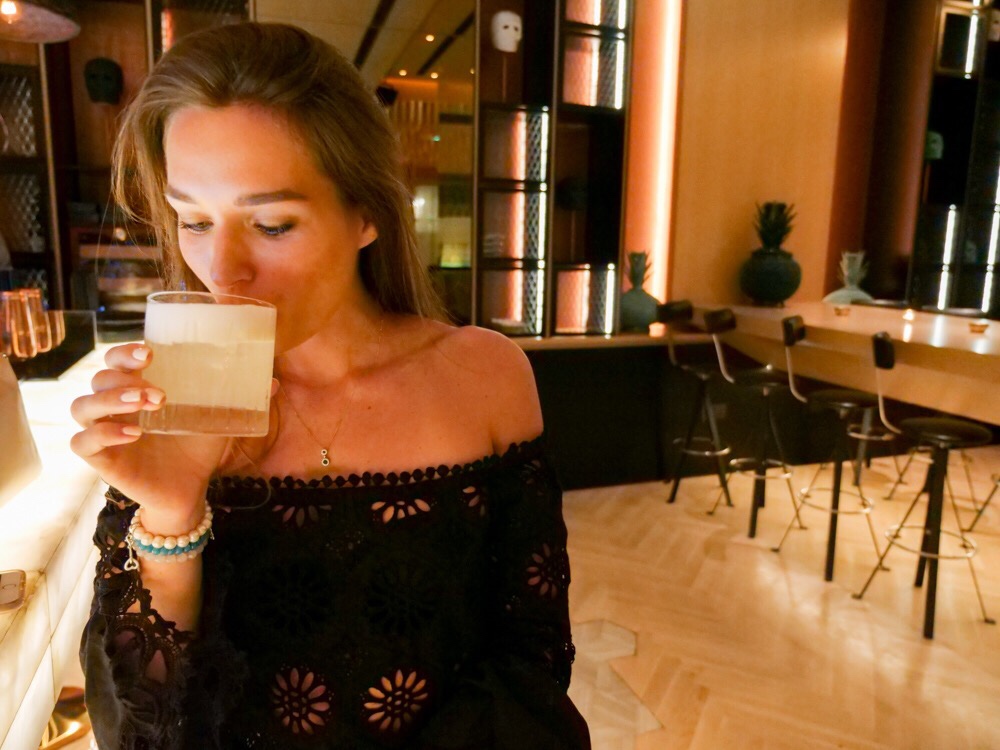 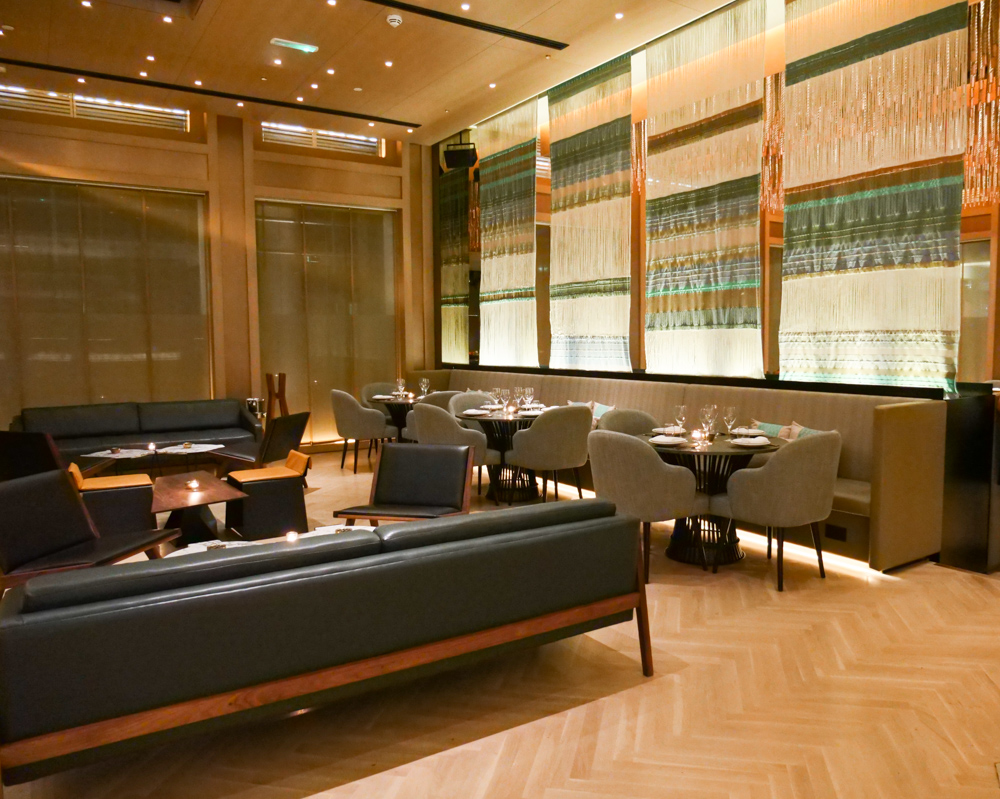 Joined by our guests, we moved to the dining room where we served a Mexican bowl of homemade tostadas with four dips, ranging in heat (bottom left being extremely spicy!). 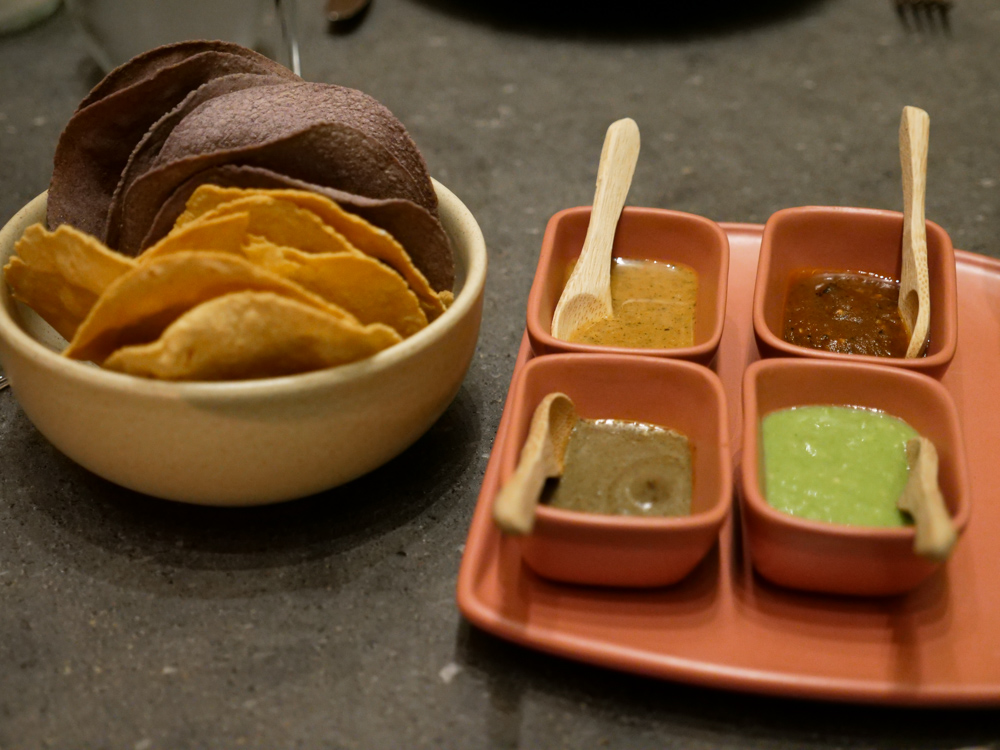 The cactus is pleasant to eat, marinated well with great textures – It’s rather earthy and something different – credit to Peyote for bringing a unique dish to Dubai’s culinary scene. The yellow fin tuna melts in the mouth it’s so fresh and gets real props for simple but elegant presentation. The hamachi ceviche is just as fresh and tasty, but given it’s a dear dish, I would have loved to see slightly larger portions. However, Peyote have undeniably aced the Mexican with Peruvian influence on those dishes. 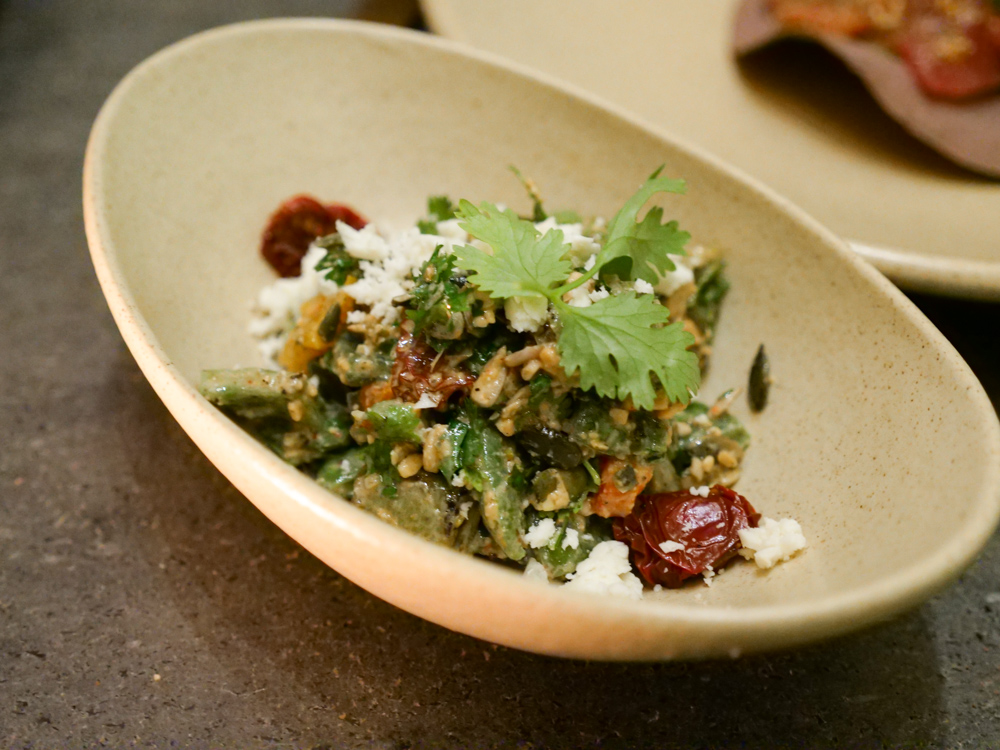 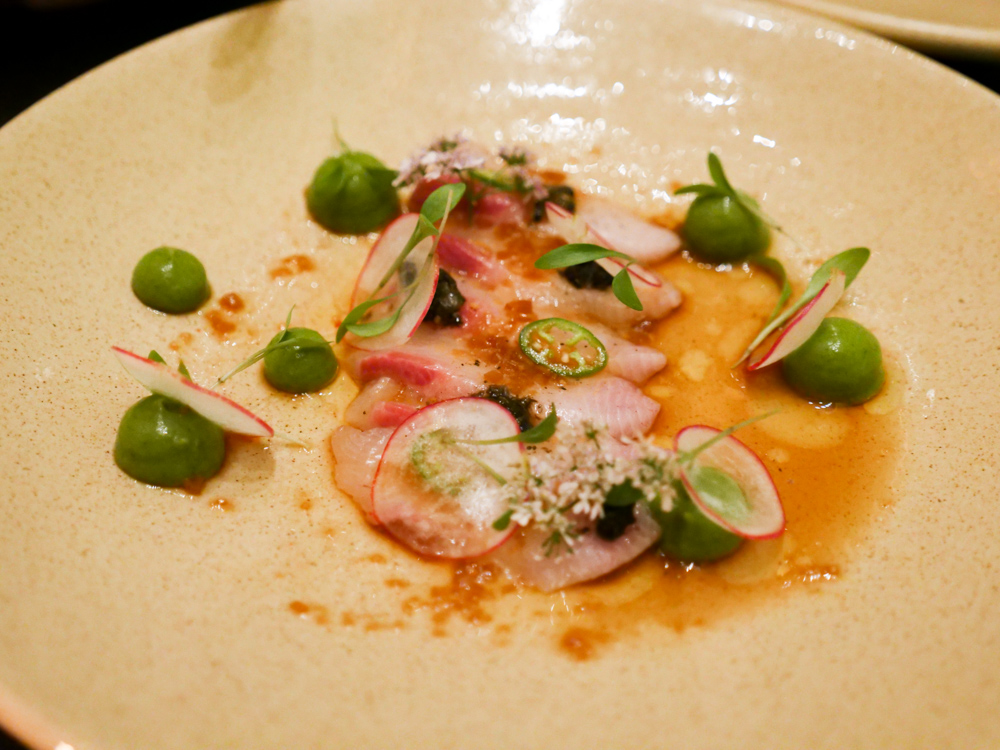 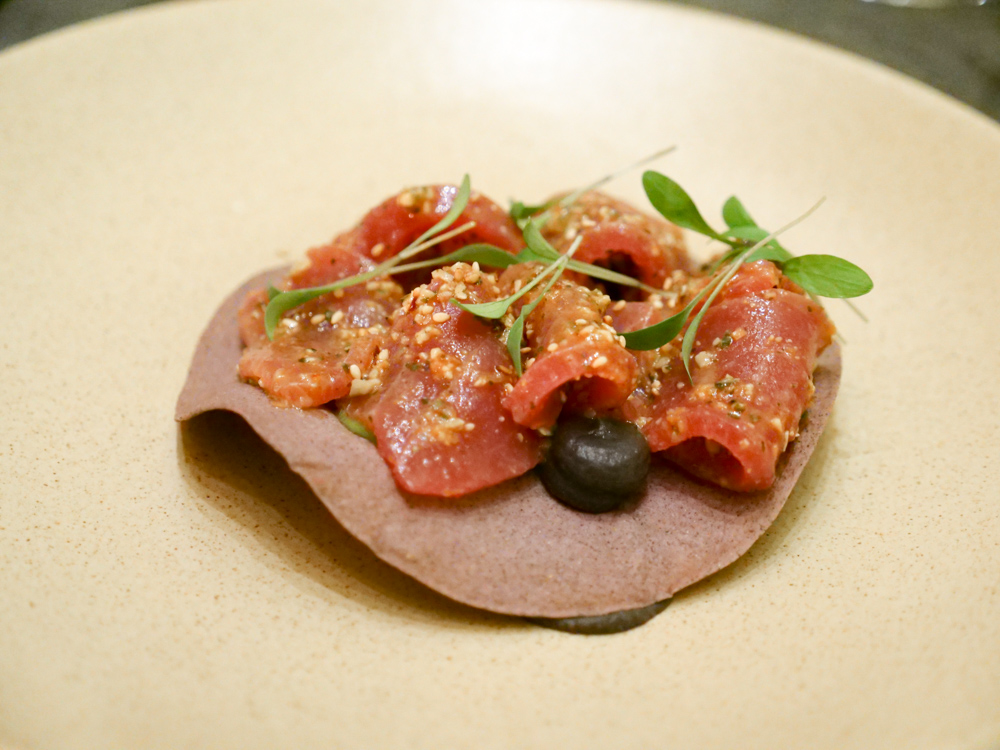 The restaurant is in full swing, service is excellent and prompt, and wine is appropriately chilled.

We opt for more sharing style dishes, preferring to try more small bites than stick with one main course each. 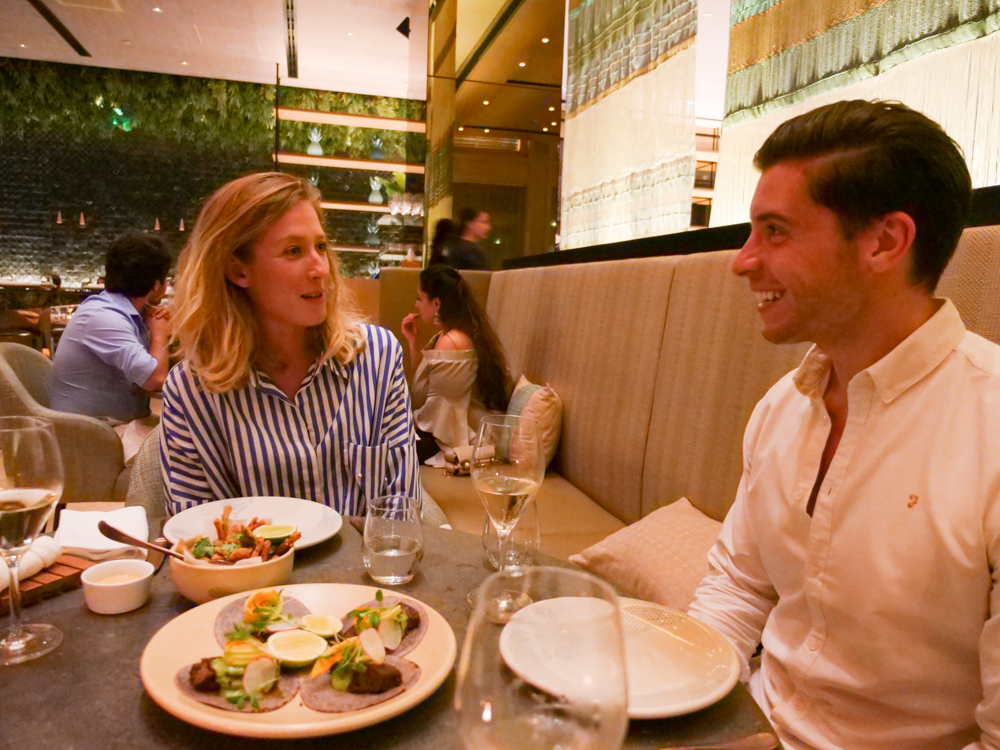 Being a huge taco fan, I know how hard it is to make these things looks pretty and Peyote has certainly perfected the presentation! The tiger prawns weren’t far off perfection either – extremely moreish, full of crunch and flavoursome sauces. The short beef ribs were a touch more shy in flavour but enjoyable to say the least.

The tacos typically come in twos, so we ordered double portions to each try one – normally 65 dhs a pop (for two tacos) so definitely on the higher end of Dubai’s dining scene. 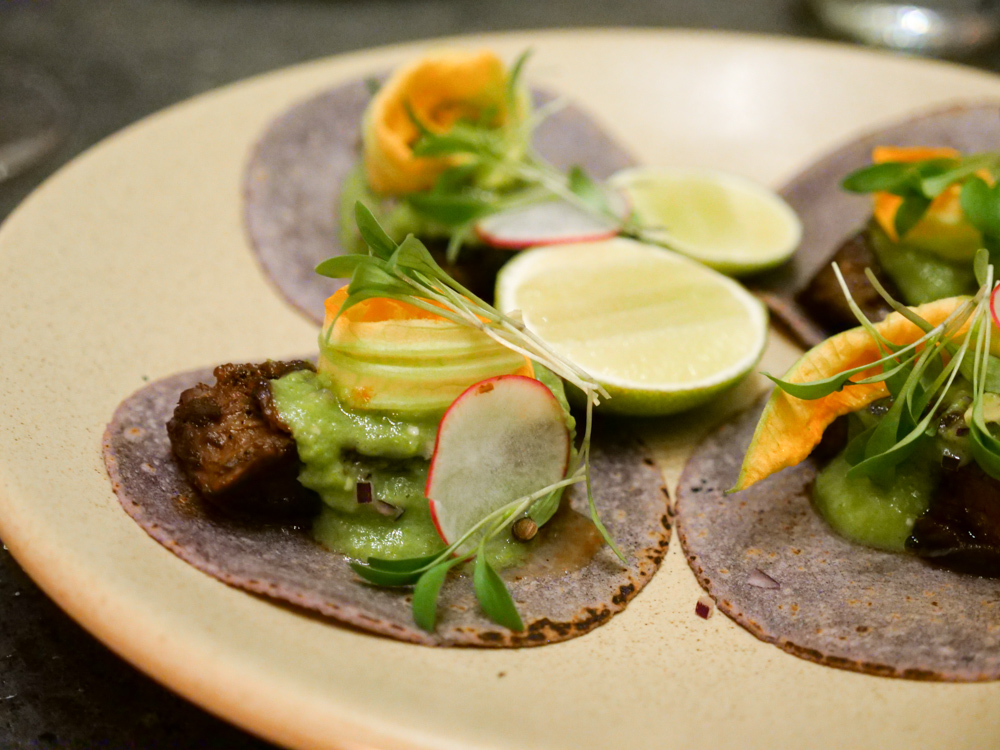 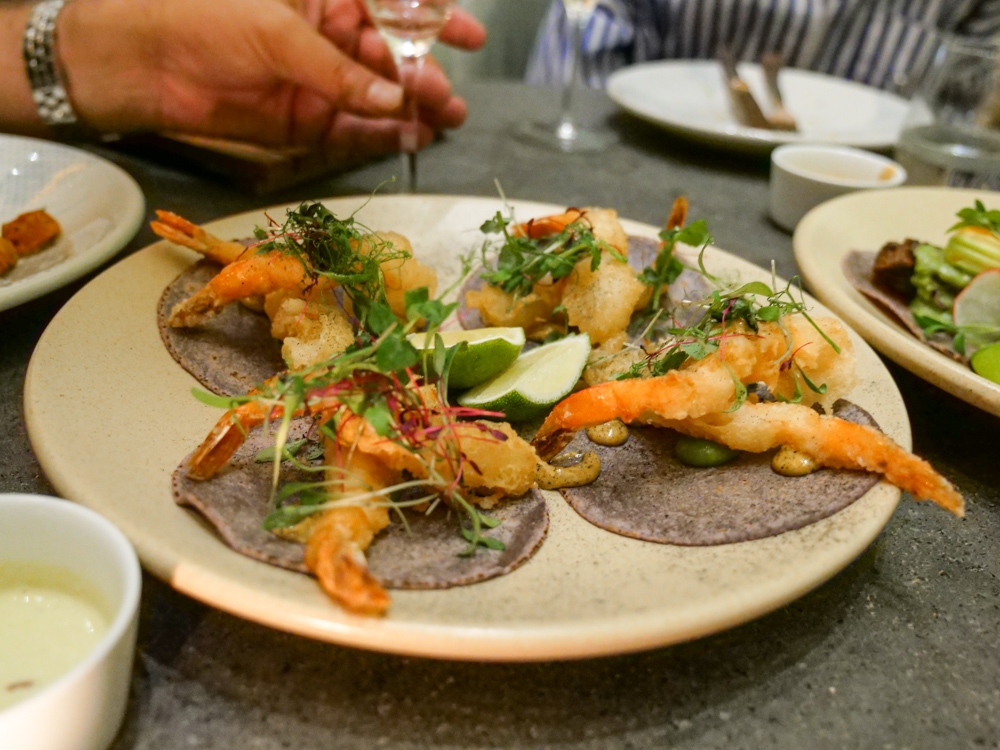 The tacos were accompanied by two of Peyote’s ‘snack’ options – the spice fried baby squid and JalapeÃ±o fritos. Although we were jumping around the menu, it didn’t detract from enjoying the dishes individually, especially as it’s a sharing style concept anyway.

Naturally, I’ve had plenty of calamari before but they can easily go wrong – not these. They were perfectly crisp with just the right amount of coating and still lovely and delicate on the inside. The JalapeÃ±o fritters were an absolute delight and another first for me. Again, bang on with the quantity of coating and punching some great flavours. 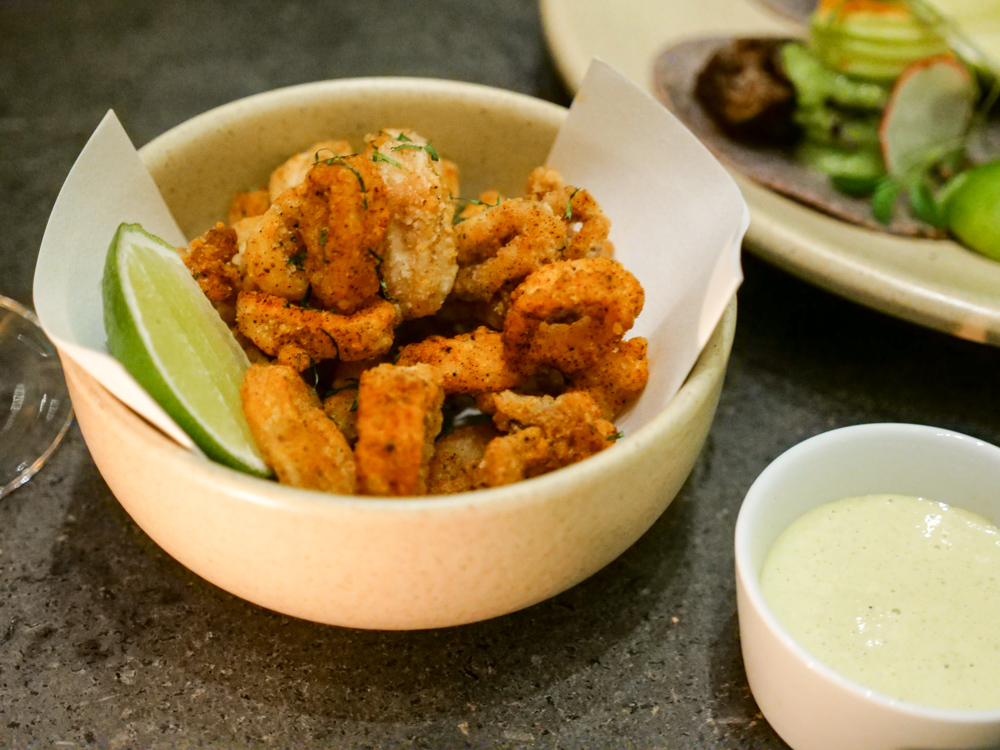 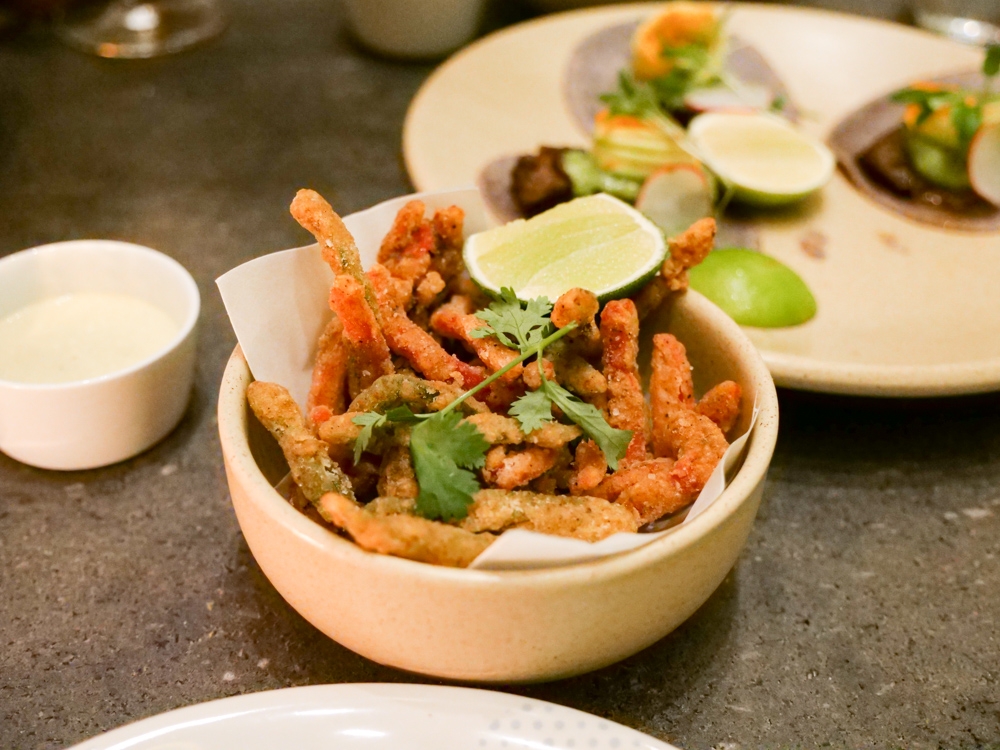 We skipped dessert on this occasion but that wasn’t for lack of good options! I shall be trying the traditional churros with cajeta and chocolate sauce and the avocado, burnt banana, chocolate and hibiscus next time!

Overall, Peyote is very much a welcomed addition to Dubai’s ever-growing restaurant scene. The atmosphere is consistently (from what I’ve read too) infectious and always in full-swing which I think is 50% of the dining experience in itself. The food hosts some real gems and is certainly a more modern, less precarious, feast than your local Mexican spot. The prices are high, that’s without a doubt, which I would probably take less notice of should the portion sizes be increased, but having said it is inline with many of it’s neighbouring restaurants.

I will be back – specifically to try those churros!

Have you been to Peyote? What did you think? Let me know if you have any questions about the restaurant below, or Dubai’s food scene in general!

By Carly Neave, September 3, 2017 Hello and welcome! I'm Carly, originally from London but currently enjoying a little adventure in Dubai. A travel and wellness blogger exploring the world one step at a time. Think fabulous food at undiscovered gems, unique destinations, skin care obsessions and so much more. This is my life, I hope you enjoy the ride!
Leave a Reply Cancel reply