in All Recipes, Breakfast 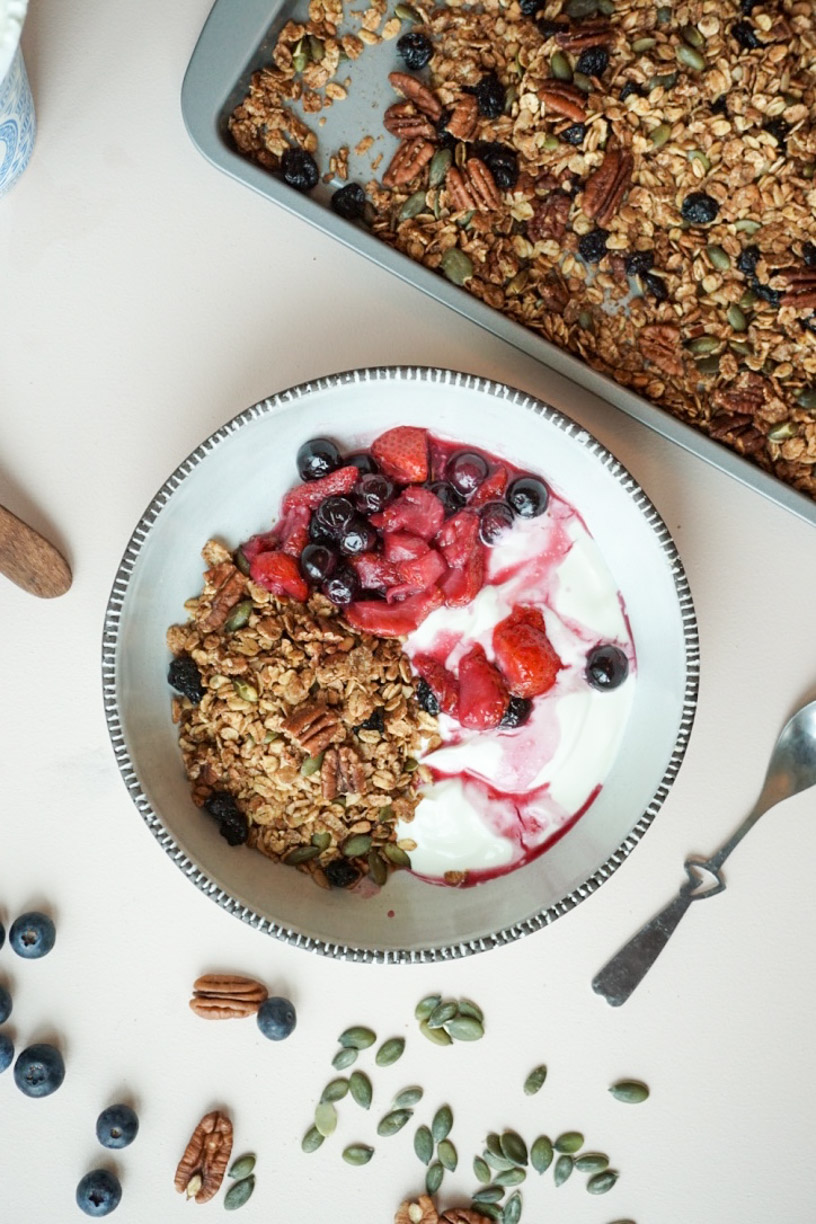 Warming, crunchy, full of goodness and one of the best things to have on demand in the kitchen! Be it with thick, Greek yoghurt or your choice of milk, it’s the favourite granola recipe I’ve made and also the simplest, hurrah!

You’ll find plenty of healthy granola recipes online but most of them contain a whole pot of honey or enough medjool dates to sink a battle ship. This one? Just 3tbs of maple syrup for the whole recipe, thank me later ;). It’s also full of energy-rich nuts and seeds to even out blood sugar levels throughout the morning and keep you feeling fuller for longer.

Included is a lovely berry compote made with fresh strawberries and blueberries that pairs perfectly with the crunch of the nuts and seeds. 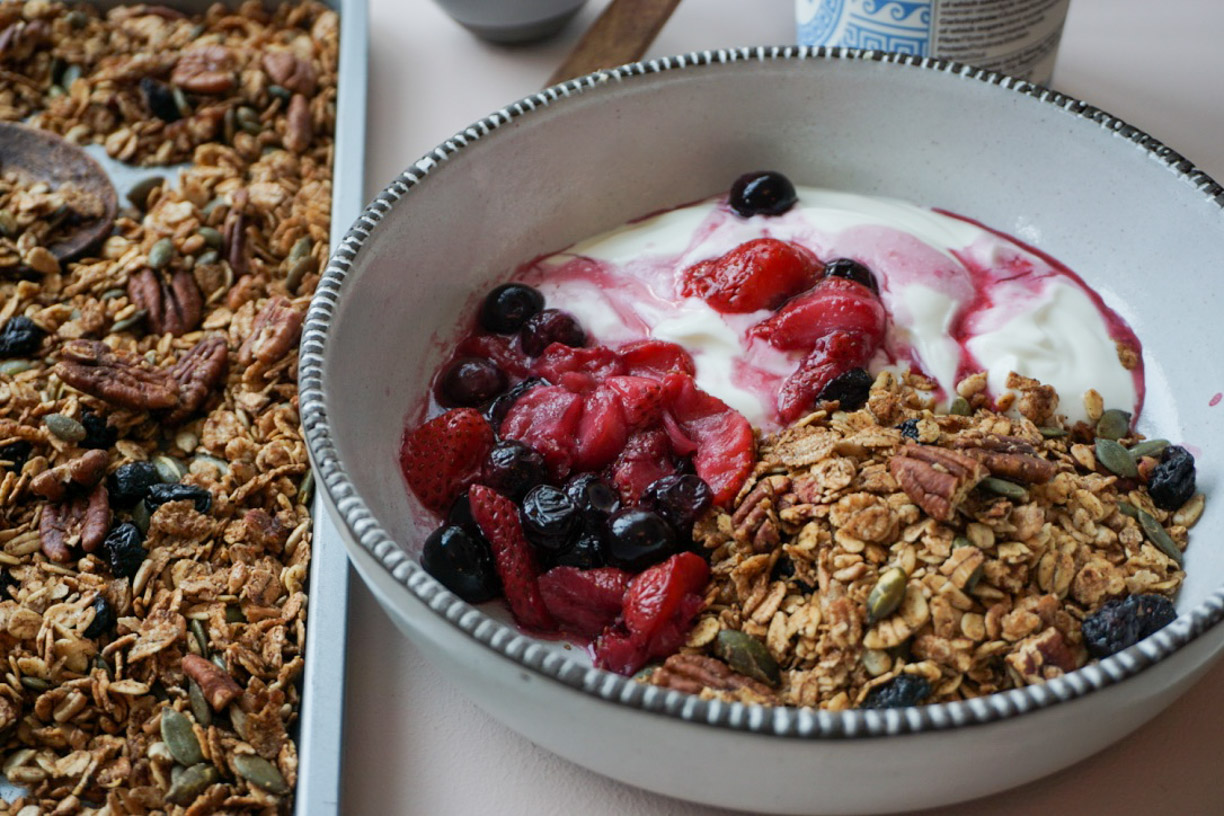 No matter if you were here with me on my last morning in snowy Morzine or overlooking a beach with the sun shining, granola is an all-weather easy breakfast that will have everyone smiling! I’ve teamed up with Marks and Spencer to create this recipe for you guys to showcase what yummy things can be created with few ingredients! They have a ‘Make It Your Own’ range which I used for the base – it’s a mix of oats, spelt, rice flakes and milled golden flaxseeds which gives this cinnamon and maple recipe a certain je ne sais quoi!

You can now find M&S food stores in the Mall of Emirates as well as Festival City and Ibn Battuta Mall … which for a British expat living in Dubai is music to my ears! 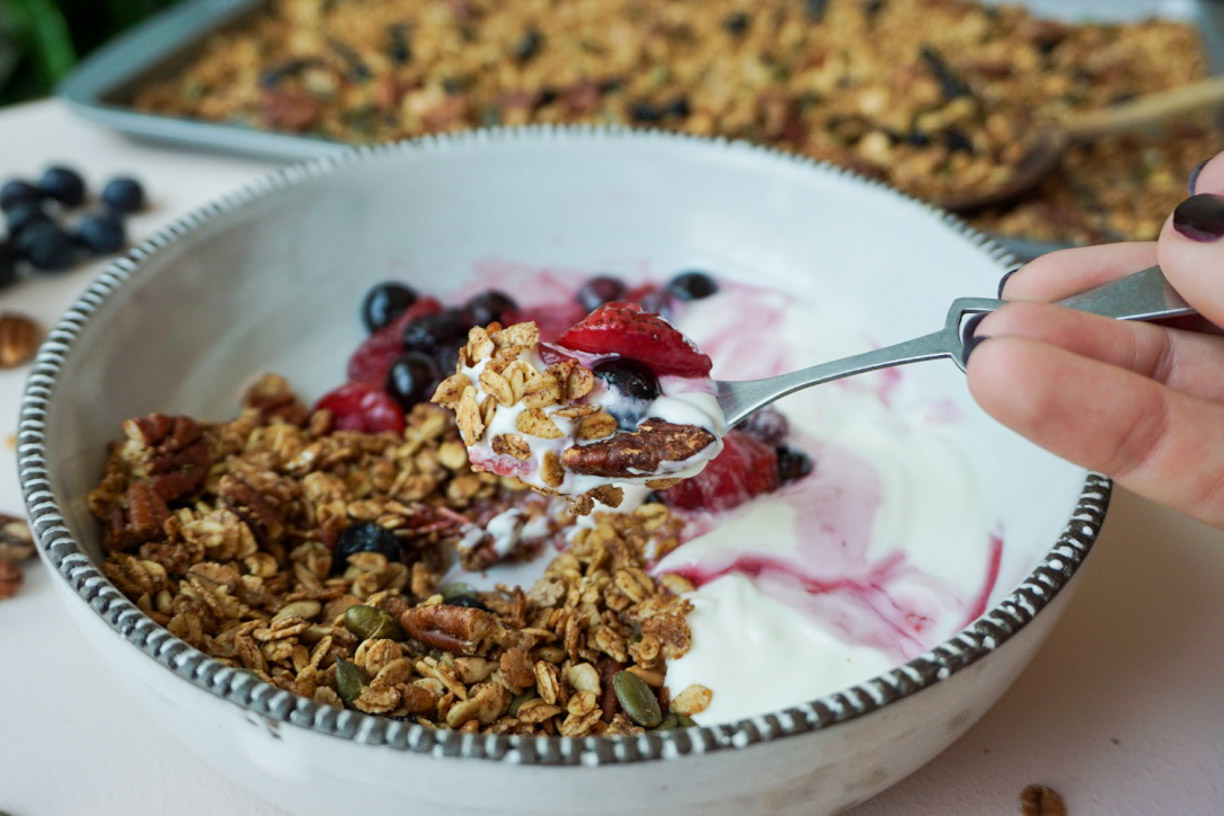