I can’t tell you how exciting it is to be writing this first blog in what I will make a little pregnancy series. I’ve wanted kids for god knows how long, it’s something I’ve always been sure about and excited for but you don’t realise how quite frankly scary the whole “getting pregnant” process can be. As adults, we have so much control over pretty much everything in our day-to-day lives, but no amount of money or will-power can magically click a baby into your belly! So when we first started trying in January this year, it was slightly nerve-racking to get negative test back after negative test. I had faith that pregnancy would happen, it’s just we have absolutely no idea, no control or way to tell how long it was going to take. 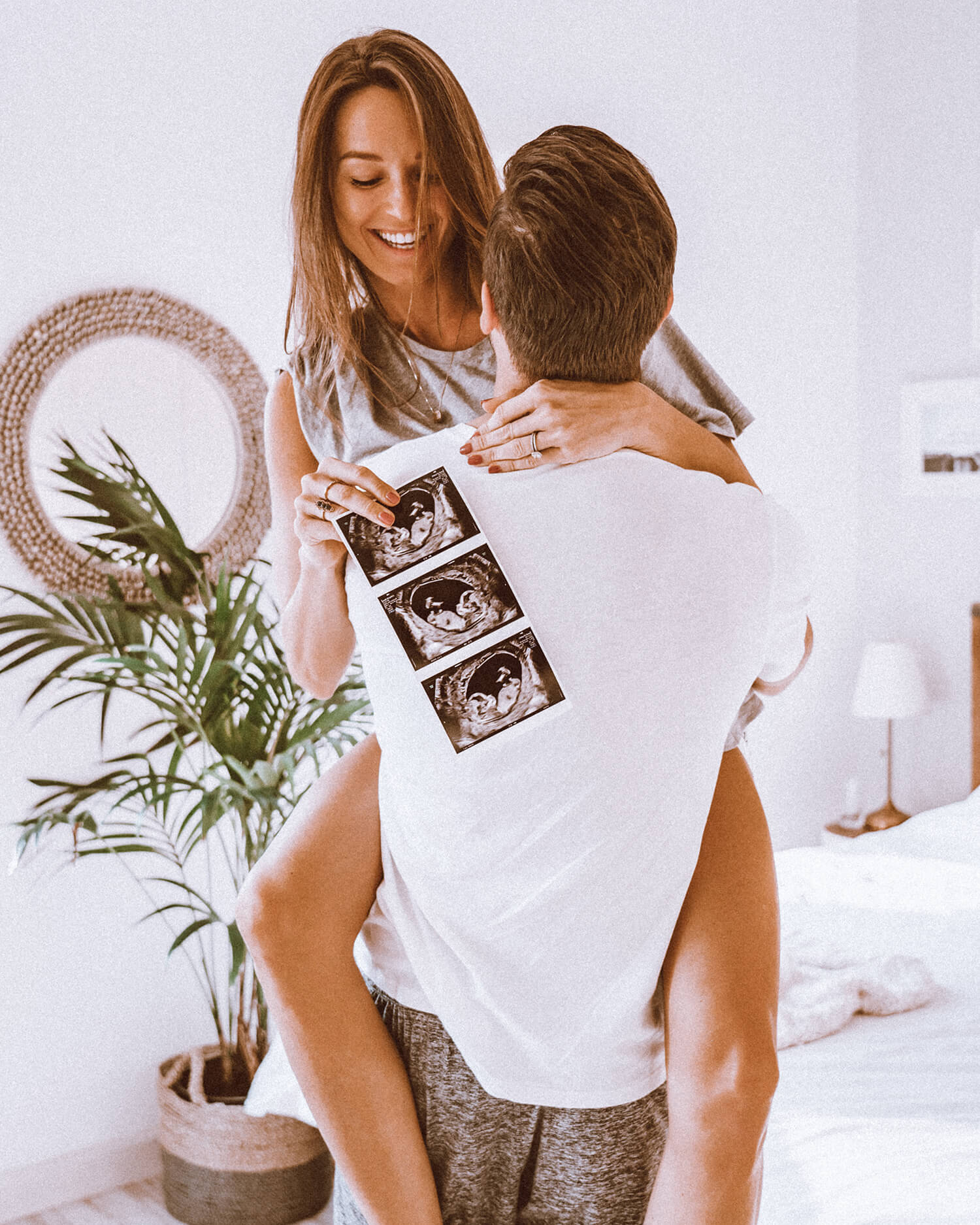 Fortunately, 7 months later (which in hindsight I know is relatively quick) we got a different kind of test result. I have PCOS, although, it is a relatively mild form as my cycle is pretty regular, which was key in tracking my ovulation “green” days – I used the GLOW app for this. In terms of actually getting pregnant, I received all types of advice under the sun;

Have sex as soon as your period ends all month long

Have it every other day

Have it every day

You get the idea! The month we got pregnant was a month that I was travelling to the Seychelles and Jack was travelling a lot for work so in terms of probability, let’s just say it was one of our less frequent months (!) and the times were much further behind the “green ovulation days” than the app told us. So whilst tracking was useful in order to understand my body a little better, if I had to offer advice it would be to not use that as gospel – far from it, and have sex regularly but not obsessively throughout the month. We did have one month of every.single.day and I say that not with passion but with total exhaustion. I wouldn’t recommend it!

Obviously, there is no scientific backing to this, but I felt like perhaps there were two reasons why July was the month we fell pregnant.

This is what I ordered;

3.  I’d also like to add as a separate note for anyone with PCOS, one test I did do very early on was to simply check I was ovulating via a blood test. Jack also got tested to make sure the swimmers were alive and kicking! For us, these were two simple tests that happened to be covered by insurance we could get done quickly and painlessly and most importantly, removed having to worry or even think about them from our minds. My focus was staying as stress-free as possible and anything that helps you with that, I’d suggest doing.

The Day I Found Out!

I had been in the UK for 6 days for the start of summer. I tend to go back for a period of two months and Jack flies in and out working from the London office and having our summer holiday when we can fit it in. I had such high hopes of what a romantic I’d be when I finally got to tell him we were pregnant! Hidden cameras, little clues and the chance to surprise him in the best way possible. The reality was totally different.

I was late by 6 days but I had been late by exactly the same the previous month so I took a test with little hope other than ensuring my day planned of summer rosé wine with friends was still on the cards! It was 6 am (jetlagged from Dubai) and just a few minutes later I turned around to a positive test result with *1-2 weeks pregnant* written on it. It’s hard to describe that moment but I burst into tears not believing what I was seeing. J wasn’t home for another week and I couldn’t wait so I called him and told the news straight away which also may have brought tears down the other end of the phone ;) 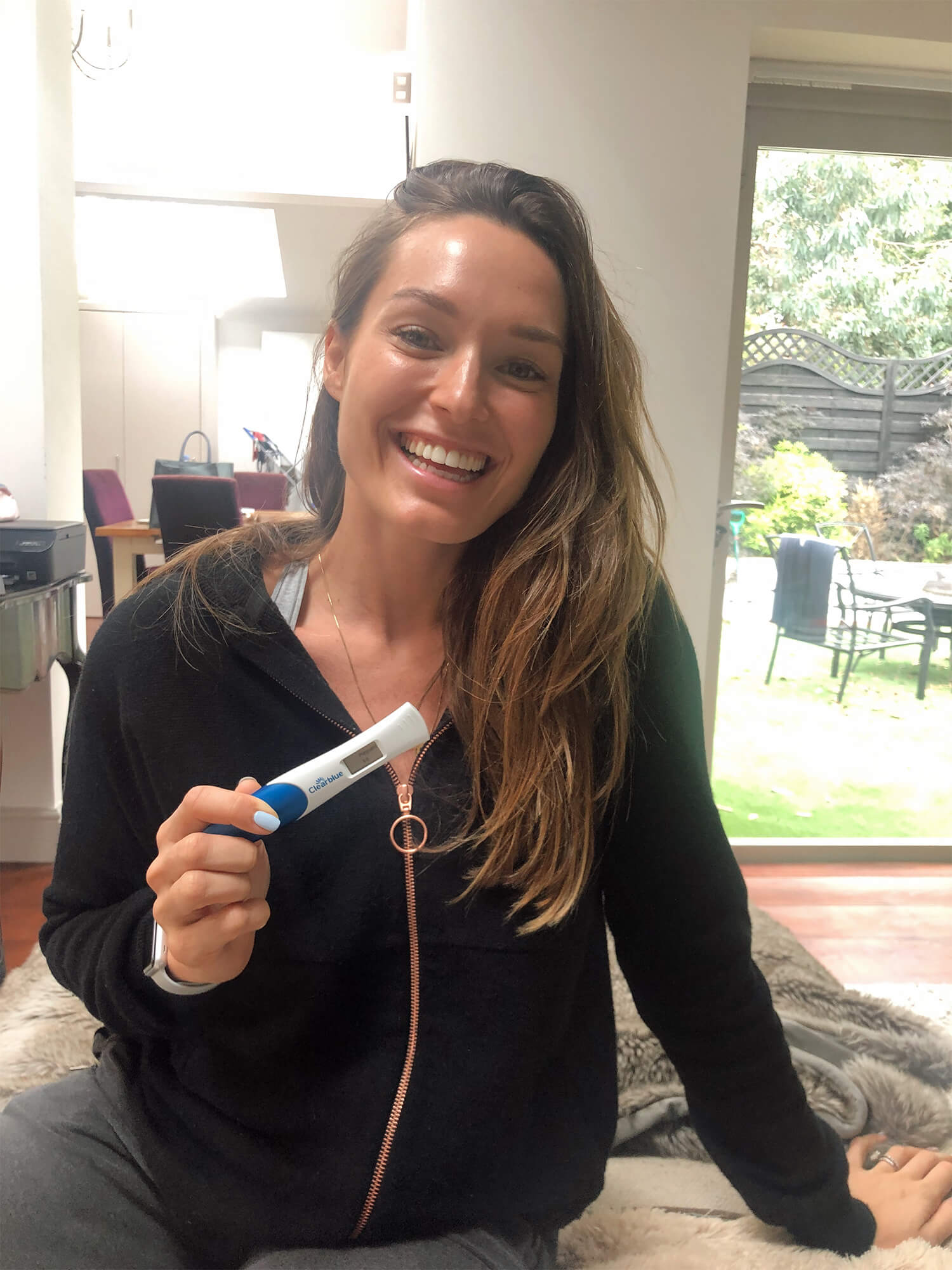 I ran into (and woke up) my sleeping mum and we then waited patiently until the supermarket opened @10am on Sundays to take a second test because I refused to allow myself to believe it was accurate until I had a second confirmation! A few hours later we had two positive results.

We’re now 14 weeks and I feel like it’s been a relatively good journey up to this point. I’m going to save my feelings and thoughts from the fear of miscarriage, the exhaustion, nausea, cravings and more for my next blog, but for now, thank you for reading and please do reach out and connect with me here by commenting below or message me on my Instagram – expecting or not!

By Carly Neave, October 7, 2019 Hello and welcome! I'm Carly, originally from London but currently enjoying a little adventure in Dubai. A travel and wellness blogger exploring the world one step at a time. Think fabulous food at undiscovered gems, unique destinations, skin care obsessions and so much more. This is my life, I hope you enjoy the ride!
Leave a Reply Cancel reply
6 Comments