A Twist on Tapas 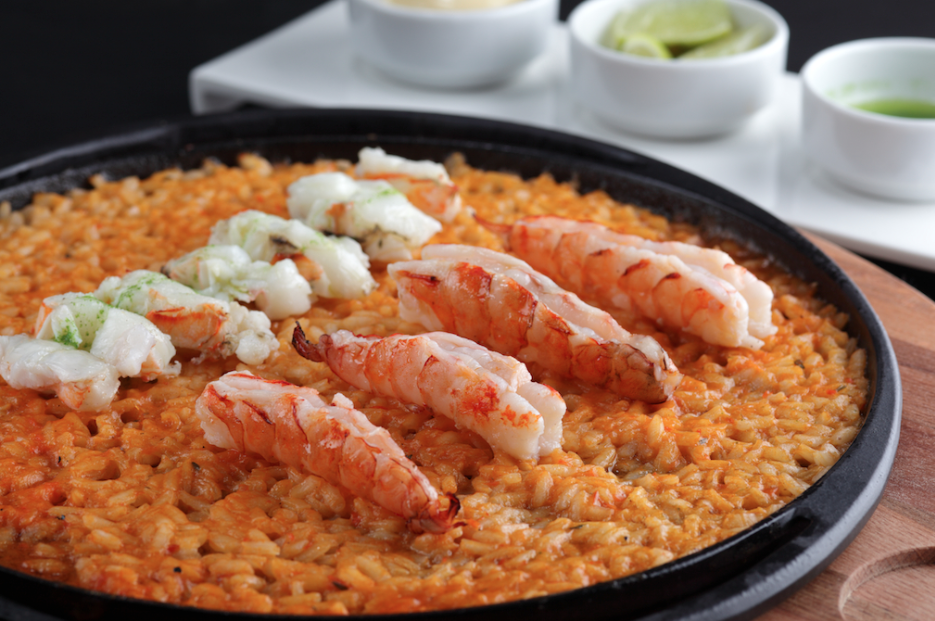 One of my all time favourite places in the world is a little island off Spain called Mallorca (otherwise known as Majorca). It’s where my mum spent many years growing up, where my parents first met and where we are now very lucky to have a little holiday home! It means I spend a good few weeks of summer there each year and every time, I grow more and more fond of Spain. It’s a combination of the atmosphere, people, weather, memories and probably my biggest love ”“ the food!

Spanish food is something else; it’s diverse, comforting, and uniquely special all at the same time. It’s also an incredibly social affair for the Spanish, you’ll often see them out for hours at dinner playing cards or just laughing away with a big table. I believe it’s the essence of what food is all about – bringing people together through a common passion and the Spanish do it brilliantly. 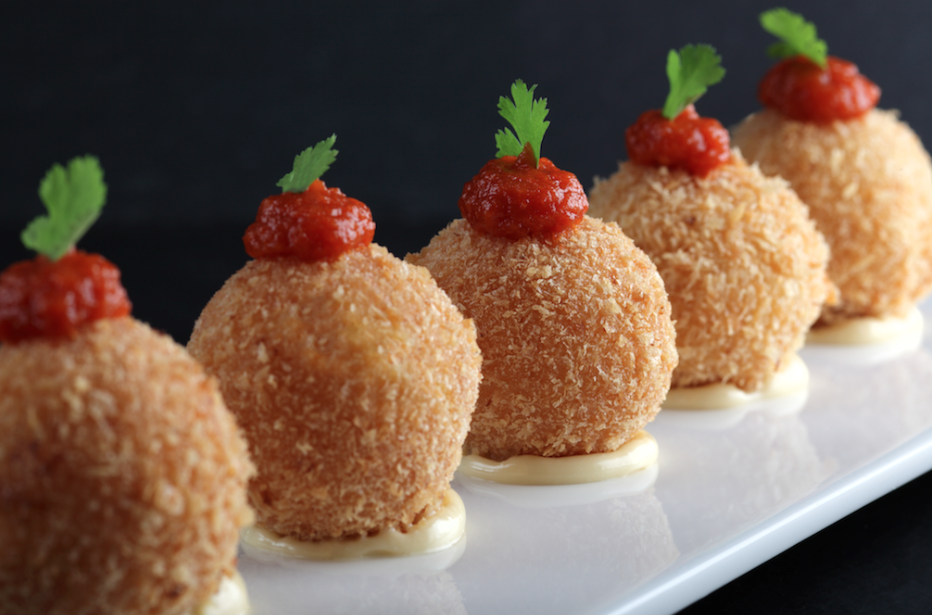 So, the hunt for an exceptional Spanish restaurant in the UAE was on! Different cuisines are plenty out here but to find a good Spanish restaurant that captures everything I love about Spain was not an easy job! Last week, it was Jack’s birthday so I decided to whisk him away (romantic as ever! ;) ) to the Shangri-La Hotel in Abu Dhabi for a weekend break. What I didn’t realise at the time was that the hotel played host to a brand new restaurant in Abu Dhabi called P&C by Sergi Arola. Typically not a name that would immediately bring Spain to mind, I was delighted to see it was indeed a Tapas restaurant with a twist, and a two-Michelin starred Chef, Sergi Arola, to come with it!

The menu includes all the traditional Spanish dishes you would expect to see but with a high-end, luxury twist on typically known tapas. To me, tapas comes in a brown clay dish that doesn’t look necessarily elegant but tastes great. To Sergi, tapas is something more than that ”“ it’s first and foremost taste ”“ but presentation and a play on the dishes is part of the dining experience. Completely honestly, I didn’t know if ”˜fine-dining’ tapas would work, but I eat my words because this restaurant and food is something else. Every detail has been thought about and brought together in a friendly, relaxed and unique experience.

We had a few starters, tapas style, to share. It’s a tough call between the tapas but the ”˜Calamari Sandwich’ was exceptional and I think portrays exactly what P&C by Sergi Arola do so well ”“ taste and imagination. The boneless Chicken wings went down brilliantly too as well as the Oxtail slow cooked Ravioli, especially with the birthday boy! There was one dish which I don’t think quite matched up to the same exceptional standards as the rest of the plates and that was the flame roasted eggplant. Possibly it was just cooked in a different way that I’m used to but with eggplant being one of my favourite vegetables, it’s probably the only item on the menu I wouldn’t recommend as a first choice.

To follow for main course was something special. I hadn’t seen it on the menu prior to coming so I believe it’s a new addition. We were served with a very well presented and mouth-watering Lobster Paella. Trust me when I say Paella is a dish that looks great in a big pan but not normally so great on a plate, except on this occasion. It’s a dish that I have had once before in Spain but not with these flavours. Strong bursts of lemon and flavours of the sea, exquisite to say the least.

To finish, a birthday surprise for Jack and some impressive deconstructed deserts including cheesecake and a ”˜textures of chocolate’. Of what I tried of the chocolate desert, it was definitely a play on the taste buds, full of richness and texture. I’m told the cheesecake was fantastic, all of course beautifully presented in line with the rest of the evening.

So if you find yourself in Abu Dhabi, or don’t mind the quick trip from Dubai, I highly recommend P&C by Sergi Arola. It has got me looking forward to my time in Spain this year and it’s incredibly refreshing to have such a unique dining experience in the UAE. See here for more details on P&C and information on how to request the full menu. 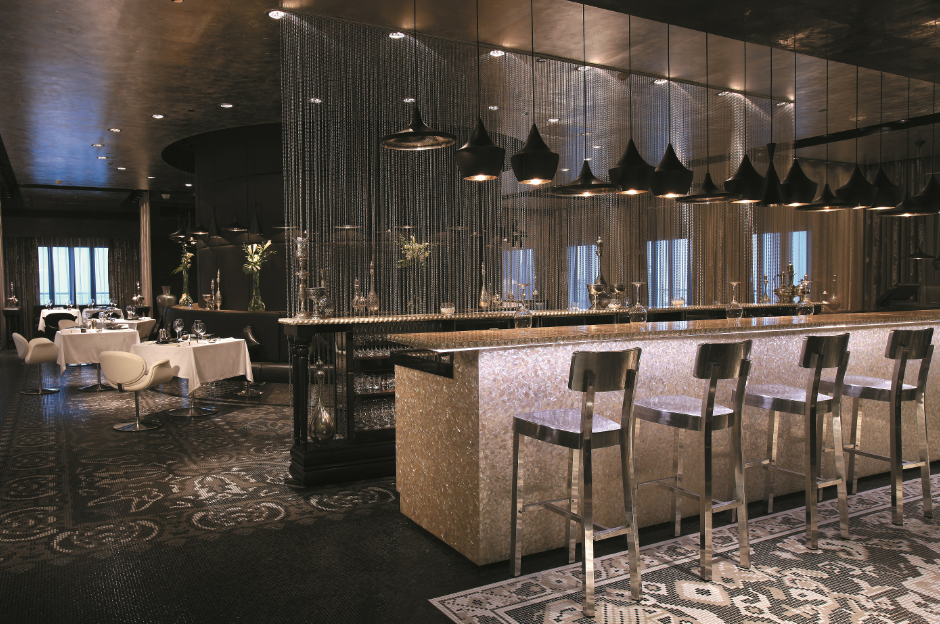 By Carly Neave, May 30, 2015 Hello and welcome! I'm Carly, originally from London but currently enjoying a little adventure in Dubai. A travel and wellness blogger exploring the world one step at a time. Think fabulous food at undiscovered gems, unique destinations, skin care obsessions and so much more. This is my life, I hope you enjoy the ride!
Leave a Reply Cancel reply